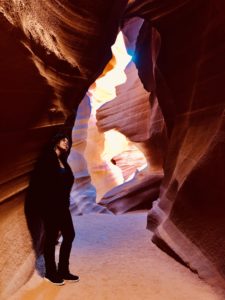 She was only 23 years old when she started her career in the audiovisual business and became a partner at Forest Creations, a production company specializing in social environmental content. Her major in Biology was essential to building a diversified portfolio with video, animation, graphic novels, webcomics and literary writing works and projects. She was selected for the 10.000 Women Program (FGV/ Goldman Sachs) and recently received a bursary for emerging producers to participate in the World Congress of Science & Factual Producers. She produced the fictional series Invisible City (available at the Brazilian Amazon Prime), the short Invasion from Outer Space (awarded by the Gramado Film Festival) and many more. After a bike accident, she turned back to an activity she used to love: writing. That was when she developed the first draft of her multimedia project: Ashankya. Since then, she has taken part of the performance laboratory Colab 2019, was a semifinalist of the Cardume-Cabiria Award 2020 for scriptwriters, and published a poem in the independent magazine Cabeça Ativa.

Amanda will be part of the Remota program in March 2021