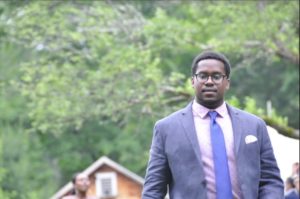 Vaughn M. Watson is a New York-based emerging writer. He has appeared on NPR and has work published in Flying South and Newtown Literary, among other journals. He was the winner of the 2016 Winston-Salem Writer’s Flying South competition and his short story, A Capon, was nominated for a Pushcart Prize. He is currently working on his first short story collection, Payaos.