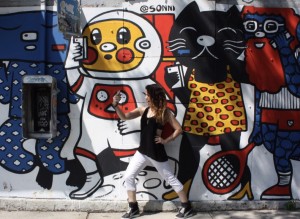 Susan Burns is a writer and actor living in New York City. Her plays have been produced in New York and Los Angeles, and her short films have screened at the Seattle International Film Festival. She is a founding member of the sketch comedy group the Sunday School Dropouts, with whom she writes and performs regularly. Born and raised in Seattle, Washington, she holds a BA in Theatre from Occidental College in Los Angeles. Susan is at Can Serrat working on her third full-length dramatic screenplay.