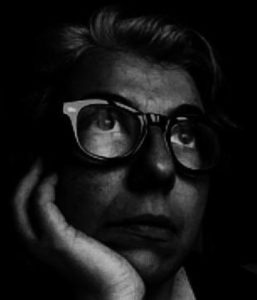 My name is Maria Pingitore. I am Italian but have been living in Paris for the past 10 years.  I completed my training in Theater Directing at the Milan Conservatory, Scuola d’arte drammatica “Paolo Grassi” where I later worked as a professor for 9 years.  I have also worked as a stage director, assistant director, and writer.  When I moved to France, I had to begin my career again.  I recertified my qualifications by completing a Professional License (Paris 3-Sorbonne Nouvelle – Licence Professionnelle Encadrement d’ateliers de pratique théâtrale) and the Diplôme d’État de Professeur de Théâtre à La Comédie de Saint-Etienne.

In 2015, I founded the association FEMMES NOMADES with several colleagues and friends living in France, Germany, and Italy. With FEMMES NOMADES we made works with women on different stages: research into texts, theater residencies, set writing, collective writing, graphic and visual images, questionnaires, videos and workshops.   We also began researching about female writers (novelists, poets, writers) that then allowed us to put together two afternoons of readings and music focusing on the feminine.  In 2017, I began to create a course on staging for women and we proposed for the first time a reading about female travelers: The Adventurers.  Since beginning my training, I have always been interested in writing, and consider that staging is itself a kind of writing on set.  As a professor in the Conservatory, I always collaborated with the drama courses with writing and accompanying the final production of the projects at the end of the studies.  In the first decade of the 2000’s, I started a group of authors, Bancone di Prova (Proofhouse), where we experimented with writing under the watch and mentorship of the director (myself) and the feedback of the audience that would attend the staged readings.

I have also written texts and articles.  In 2017-18 I wrote articles for the Italian-French review Focus In and collaborated with Carlotta Origoni in the adaptation of her book The Veil is Seen. This experience confimed our urge to realize the edition of The Adventurers.

Maria Antonia did her residence in Can Serrat during the month of January 2020.