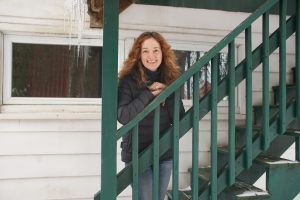 Marcia Walker’s writing has appeared in The New Quarterly, Fiddlehead, The New York Times, PRISM international, Room, EVENT, Antigonish Review, University of Toronto Magazine, This Magazine, The Globe and Mail, CBC radio and The Broken Social Scene Story Project. She has been shortlisted for the Commonwealth Short Story Prize, PRISM’s fiction and non-fiction prize, and the Writers’ Union of Canada short prose competition. Her plays have been part of Nightwood Theatre’s Groundswell festival and the F.O.O.T. festival. Before becoming a writer Marcia worked in theatre and as a lawyer. Currently, she lives in Montreal and is trying to learn French.

Marcia makes her residence in Can Serrat on November 2022