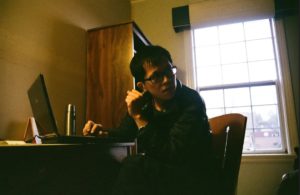 Lien Mingwei (*1983) is a contemporary Taiwanese writer. He graduated from the Institute of Creative Writing and English Literature of Donghua University, Taiwan. During that time, he explored different genres as a writer including poems, essays, fictions, stage plays, and film scripts.

After graduation, he attended alternative military service as a Chinese teacher at the Philadelphia School in Quezon City, Philippines. He also worked as a carpenter in Canada and as an assistant cook in Hawaii. In 2017-2018, he volunteered as a table tennis coach in Saint Lucia. After returning to Taiwan, he has been working as a table tennis coach, lifeguard, and rock climbing coach.