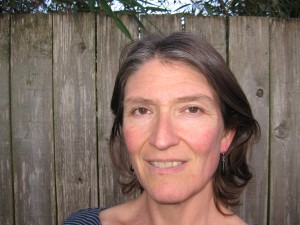 Geri Doran is the author of two poetry collections, Sanderlings (Tupelo Press, 2011) and Resin (Louisiana State University Press, 2005), which won the Walt Whitman Award of the Academy of American Poets. Her poems have appeared in many journals, including New England Review, New Republic, Southern Review, Southwest Review, Ninth Letter, and Atlantic Monthly. She has received a Wallace Stegner Fellowship from Stanford University and the Amy Lowell Poetry Travelling Scholarship, as well as fellowships and residencies from the Oregon Arts Commission, the James Merrill House, Lighthouse Works, Millay Colony, and Vermont Studio Center. Currently on sabbatical from the Creative Writing Program at the University of Oregon, in March Geri was a Brown Foundation Fellow at Maison Dora Maar in Provence.

At Can Serrat, she is working on a new manuscript of poems, tentatively titled Blue Marble. Although poetry collections are various and eclectic, one preoccupation of these poems is the place—a concern with both dwelling and travel, deep inhabitation and exploration.