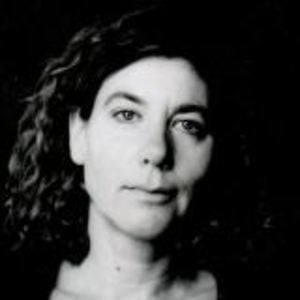 Ester Eva Damen is a visual artist, (script-)writer and filmmaker. She studied art (painting) at the Rietveld Academy in Amsterdam. She continued as a director and scriptwriter at the Dutch Film & TV academy and pursued an MFA at the Rijksakademie of Visual Art in the video.

She is the artistic leader of a small foundation stimulating cross-over projects called ‚la Jetée’ after the experimental film classic by Chris Marker. Within this context, she is teaching (script-)writing and text writing for artists.

Ester Eva Damen’s work can be seen within the context of visual art. Within the manifestation ‘The Eternal Body’ she realized an 8mm film installation in Rome and Utrecht in collaboration with artist Anook Visser and philosopher Erik Hagoort on the theme of ‚resonance’. In 2010 the installation “A fire called home” was made after a visit to the desert and a stay with the Bedouins. ‘Sketch for a city’, paper labyrinth with projections, is a collaboration with architect Joris Berger. Recently she showed installations (mixed media) responding to the site and its history.

One of the red threads in her work is the collaboration of film with dance and new music. She has regularly collaborated with choreographer Angela Kohlein and composer Yannis Kyriakides. Their dance film ‘RHOmbos’ (2001) – with a live performance by the Asko ensemble – was shown in various locations around Holland, including the Groningen Museum, the Rotterdam International Film Festival, the Holland Festival and was broadcast by Dutch TV. She collaborated with the composer Christina Viola Oorebeek and percussionist Arnold Marinissen on the short ‘Edges’ (2008) and made a video installation with choreographer Marta Reig Torres, ‘To Santiago’ (2009). Currently, she is working with dancer Suzan Tunca on a video-installation shot in Istanbul.

Ester Eva Damen is also a freelance film writer. She has made a few shorts, including the 16 mm b&w film ‘Windhangen’ (1998). She wrote several drama scripts for director Ineke Houtman, realized and broadcast ‘Sahara’ (2007). She is presently working on a video project with three Friesian poets.