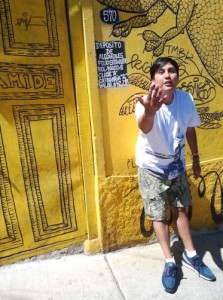 (Mexico City, 1985) Historian, a graduate of the National Autonomous University of Mexico. He released his first book of short stories in 2014, entitled “Los pequeños cuentos del balón”. Former fellow, for the first time, in Under the Volcano, a residence for writers hosted in Tepoztlán, Morelos. Currently, he is writing a novel, a crossover between the noir and pulp genres, whose protagonists battle against their misery, hoping someday to reach mercy.

About his process while in residency >>