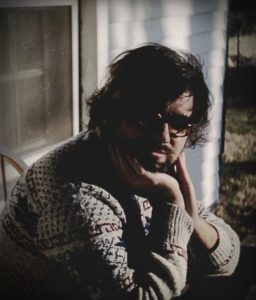 Imaginative writing takes us on an adventure across geography, time, race and creed. In transporting us to these places, it has the power to both touch us deeply and make us feel less alone. This power, when well harnessed, inspires us to see better and grasp the world through other’s eyes. In our tribal political moment, we’re losing this ability and worse, we’ve forgotten that lives most different from our own are often where we can learn the most.

The history of humanity is a history of exchange and movement across borders, real and imagined. As someone who lived the better part of the decade in Brazil, Belgium, Uganda, and South Africa, often outside of the English language, local historical fiction has played a special role in helping me to better see and understand the language and cultures I’ve found myself in. Aided by photographs and postcards, my writing works to recall emigration stories of earlier generations and by painting them in all their complexity, better understand the world we’ve inherited.

I am a debut novelist with a degree in English Literature from the University of Virginia, under the direction of Ann Beattie. In 2016, after ten years in start-ups across South America, Africa, and Europe, I left my day-job to commit fully to writing. Fluent in English, Spanish and Portuguese, I live with my partner in an art co-op, outside of New York City.

Geoffrey has made his residence in Can Serrat during the month of January 2020.