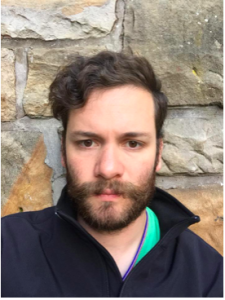 Born in Mexico City, Daniel wrote his first short story at the age of 10 (an assignment by a literature teacher). From then on he continued writing but only as a hobby. Daniel studied psychology and later psychoanalysis; he became disenchanted (disillusioned) and stopped practicing. Writing professionally came, paradoxically, through his struggle to stop writing: He fell in love; she didn’t. He wrote to her; she did not respond. So, to fight the urge to keep sending her messages, he decided to write a novel. He succeeded: it was awful; but he realized he could write “seriously” and now he has been reading and writing every morning for five years, almost without fail. Still, he finds that the bulk of what he writes is very bad, especially when he has to write biographies and/or about himself; it makes him nervous, he never knows what to say.

Daniel will do his residency at Can Serrat during the month of October 2022.