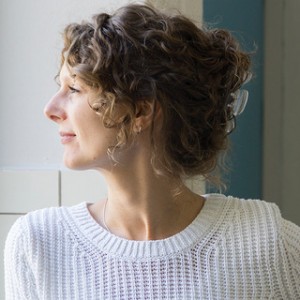 Photographer Claudia den Boer (1979) lives and works in Tilburg, the Netherlands. She studied visual arts and photography at art academy AKV St.Joost in Breda and got an additional teachers degree at art academy ABV in Tilburg. Her work stems from a fascination with the concept of place and mostly moves between landscapes and the habited world. Her work has been exhibited in museums such as Breda’s museum, the photography museum in The Hague and GEM The Hague. In 2012 she started researching the theme of silence through her photography, and simultaneously got fascinated by the desert. Anchors is her most recent and long-term personal project. It has been made into a photo book in collaboration with designer Rob van Hoesel and published by The Eriskay Connection in the fall of 2016. The book has been presented on two occasions at Breda Photo 2016, also at Paris Photo 2016 and will be part of photo festival Naarden 2017.

Claudia likes to collaborate in multidisciplinary projects where one subject is approached from several viewpoints. In the past she worked together with architectural firm Ontwerplab on research project and publication Verborgen Stad (Hidden City) where cartography and photography were used as research tools. More recent she started collaborating with choreographer Katja Grässli (NL/CH) on a long-term project involving the exploration of the topic of silence by making a dance piece, which is a crossover between dance, sign language and photography. Claudia works on commission, she works as a freelance tour guide at van Abbemuseum Eindhoven (modern and contemporary art) and is a photography teacher at SintLucas Boxtel and Eindhoven (school for creative professions).

About her process while in the residency >>>