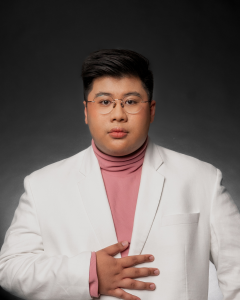 Carlo Laurena (b. 2000, Manila) is a writer from Manila, Philippines. He studied theatre and comparative literature at the University of the Philippines. He is also a researcher and editorial assistant for Exploding Galaxies, an independent press to be launched in early 2023 that seeks to reintroduce neglected, out-of-print gems of Philippine literature to contemporary readers. As an occasional critic, Carlo has written theatre reviews for publications such as Tatler Asia. He has published fiction in Philippine literary journals such as Likhaan and has participated in multiple literary workshops and theatrical productions in Manila. Carlo is also a junior member of The Writers’ Bloc, a group of multi-awarded Filipino playwrights known for organizing the annual Virgin Labfest (VLF), a festival of one-act plays held each summer.

Carlo makes his residence in Can Serrat during the months of February, May, and June 2023.