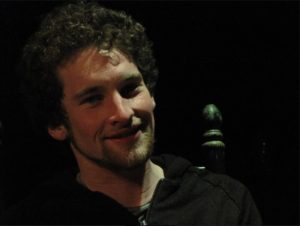 Writer and musician, Ben Simmons was born in Belfast in 1988 and grew up in north-west Donegal. His poetry has appeared in Stand, Templar’s poetry magazine Iota, and included in several publications by Beautiful Dragons Collaborations. In 2016 Ben was also included in Poetry Ireland’s Introduction series. As a musician, he has played in venues across Ireland and the UK with artists such as St. Simeon and the Stylites and Emer Maguire.