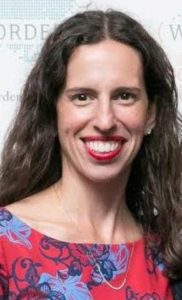 Anna Kushner’s writing has appeared in Cuba Counterpoints, Dzanc Books’ Best of the Web 2008, Crab Orchard Review, Ep;phany, Newtown Literary, and other publications. Her poetry was featured on the “Queens Writes” podcast in 2018. She is also a translator from Spanish, French, and Portuguese. She has translated the novels of Norberto Fuentes, Marcial Gala, Leonardo Padura, Guillermo Rosales, and Gonçalo M. Tavares, as well as two collections of non-fiction by Mario Vargas Llosa. In addition, she has translated for anthologies, literary magazines, and nonprofit organizations such as PEN America. In 2018, the Jorge M. Pérez Family Foundation engaged her to spearhead the editing and translation of the cultural project Island in the Light/Isla en la luz, a bilingual book pairing art and literature by renowned contemporary Cuban artists and writers. She earned a degree in Spanish literature and international relations from the University of Pennsylvania and holds a master’s degree from Columbia University. The daughter of Cuban exiles, Kushner was born in Philadelphia and has called the cities of Paris, Seville, and Madrid home. She is now based in New York City.

Anna has made her residence in Can Serrat during the month of February 2020.