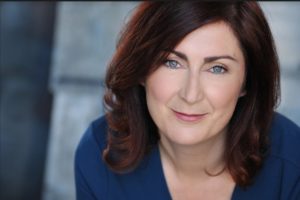 Ana Bayat is the award-winning playwright and performer of the critically-acclaimed multilingual show “Mimi’s Suitcase” named “a hidden gem” and “pick of Fringe” at 70th Edinburgh Festival. Following in her father’s footsteps, Ana trained in the Stanislavski system by studying with descendants of the master’s direct students before embarking for England where she underwent a rigorous conservatory training at Birmingham School of Speech and Dramatic Arts and obtained an M.A. in Film. Ana is fluent in five languages including Spanish, French, English, Persian, and German and can next be seen in the feature film “Waiting for Kiarostami”. Alongside her artistic career in theatre, film, and voice-over, Ana specializes in language teaching pedagogy, translation, and language consultancy.