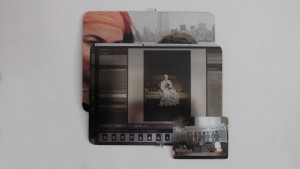 Alexandre Dorriz (b. 1990. Los Angeles) is an Iranian-American artist (B.A. Art Practice U.C. Berkeley, M.F.A. Candidate, University of Southern California) whose work addresses ethnic displacement through the lens of Western Exceptionalism and critiques the canon of Ameri/Euro/Anglo-centric media. His work oscillates between representative styles of Western and Christian iconography and the Orientalist canon, often both represented in single works, referencing his own wrestling with lionizing the virtues of the Western canon in academia. He is currently editing an online open-forum and literary journal of confessions and narratives behind the shame of conscientious white/euro/anglo-washing of identities, entitled “Whitewash.directory”. Anonymous submissions can be made at https://www.whitewash.directory .