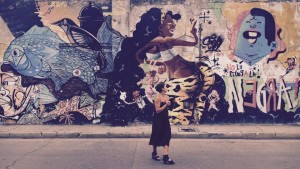 Alex Poppe is the author of two books of fiction: Girl, World by Laughing Fire Press (2017) and Moxie by Tortoise Books (2018). Girl, World was named a 35 Over 35 Debut Book Award winner, First Horizon Award finalist, Montaigne Medal finalist and short-listed for the Eric Hoffer Grand Prize. It was also awarded an Honorable Mention in General Fiction from the Eric Hoffer Awards. Her short fiction has been a finalist for Glimmer Train’s Family Matters contest, a nominee for the Pushcart Prize and commended for the Baker Prize among others. Her non-fiction was named a Best of the Net nominee (2016), a finalist for Hot Metal Bridge’s Social Justice Writing contest and has appeared in Bust and Bella Caledonia among others. She is an academic writing lecturer at the American University of Iraq, Sulaimani and is working on her third book of fiction with support from Can Serrat International Art Residency.