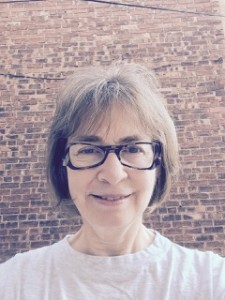 Measurement and found objects are constants in Tegan L. Smith’s auto-archaeological artwork. The Pharaoh’s Forearm and The King’s Foot, a recent sculptural series is composed of repurposed hardware and Imperial measuring instruments, coupled with silhouettes traced from her body. Intricate packaging and installation instructions that started with a few photographs for galleries became components of the work. That project reveals dyslexic attempts to ground abstract numbers in objects and physical space. Her new work called The Coordinates of Home is about the metric system and mapping. She is consulting with Mexican-Canadian geographer Eduardo Padilla (https://northerngeoanalytics.com).

Tegan L. Smith is a visual artist and former college art instructor with a BA and BFA from the University of Saskatchewan, Saskatoon, Canada and MFA from York University, Toronto, Canada. Her work with charts, graphs, and maps draws on architectural studies and previous employment as an economist. She maintains an online social media project called Tender Loving Stuff which has a blog, YouTube channel and Facebook page. She has exhibited work in Canada, USA, Europe, and Japan.