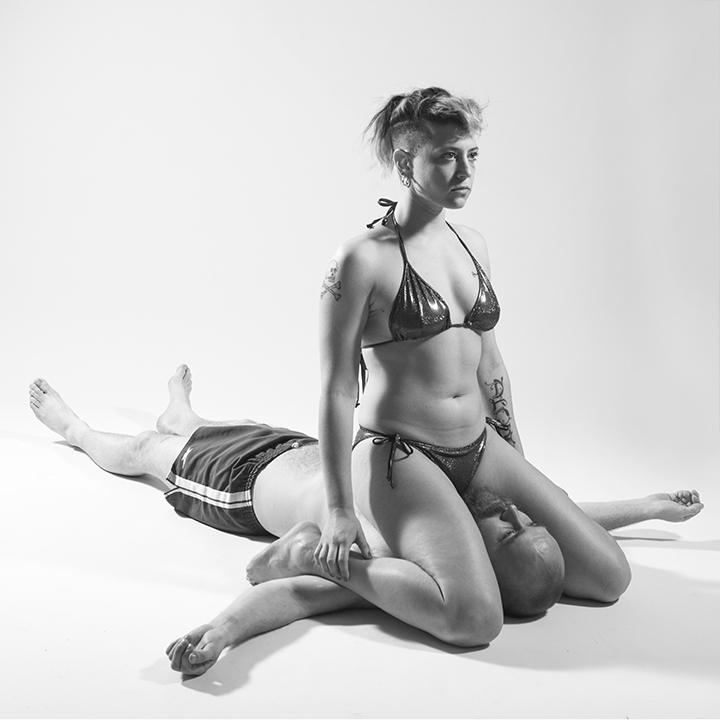 MFA Fine Arts graduate from Goldsmiths. Greek, living in London since 2010 when she arrived to do her first MA in Fashion and Film. She was fascinated by the underground queer scene right away and spent a few years exploring sexuality, identity and raving. Her project 365picturesWithSexualContent, was the opening exhibition for Fringe! Queer Festival 2013 at White Cubicle gallery and was featured in BUTT magazine. It was the same year that her Self Portrait series went viral and was featured in Vice, Feature Shoot, Stern and other press. Her most recent project is a collaboration with director Lola Clavo, in a documentary that records her daily life and the transitions in diverse spaces that it entails; from art spaces to private time, to sex work, and Martial Arts training. It was premiered in Chalton Gallery, by SHAM collective, who have invited Penelope on many occasions.