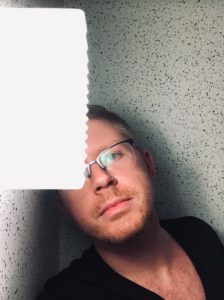 Z Born and raised in the Pacific Northwest, Z Kennedy-Lopez is a word-slinger and educator who likes cats, swimming, and Latin American electronic music. Much of their writing is interested in apocalypse, queerness, bodies, and disruption. Their work has won a six-word story contest judged by Amy Hempel, been nominated for a Pushcart, received support from Writing x Writers, and has appeared in publications like Hobart Pulp, Storm Cellar, TSR Online, Arkana Mag, A VELVET GIANT, and others. Z holds degrees from Rutgers University–Camden and the University of California, Davis, and can be found on Instagram and Twitter, both @queerbooksloth.

Zachary has made his residence in Can Serrat during the month of April 2022.