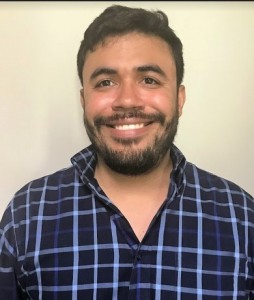 Dany is an emerging writer from a rural area in Honduras. He started exploring his literary creation more seriously in 2017. His friend’s son, Marvin, was found murdered in the woods near his house.
He accompanied Marvin’s sister, to retrieve the body from the morgue. This experience stayed with him months after it happened, until he exorcised it through words in The promise, a fictional account of the facts. This is how he started working on Marginal, his first short-story collection
that will deal with an invisible world in Honduras- full of people who survive every day, that overflow with humanity – that deserves, that needs to be told. He recently finished the third short-story in this collection.
During his residency at Can Serrat, he will consolidate the material he’s collected in his journals, identify documentation needs, and write more stories for his collection. Based on this work, Dany plans to travel around villages in Honduras to include historical details of the 60s and 80s, time
periods included in the collection, and more recent stories of how people have made sense of their homes after these declared and undeclared wars.